Trapped Woman was rescued by firefighters after 1.5 Hours

MFD crews used jaws of life, blocking materials, hydraulic tools, and cutting tools in an attempt to free the woman.

They had the driver of the tractor-trailer try to raise the fork truck which gave them some room to work. They called Eastern Towing who came to the scene with a flatbed tow truck who assisted in lifting the fork truck. 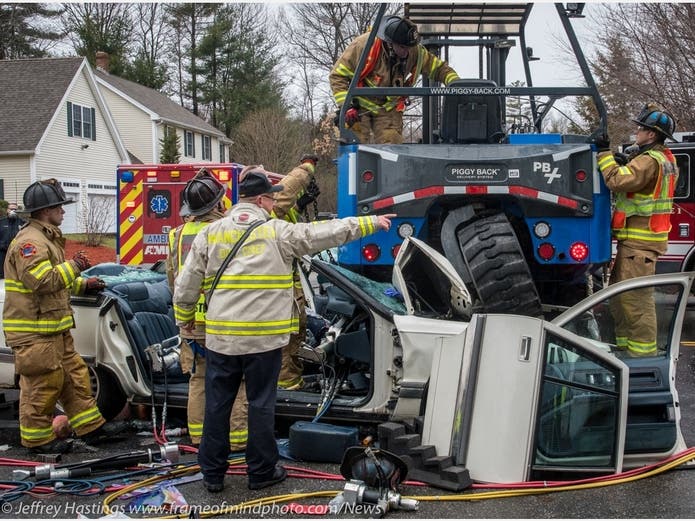 Crews removed the roof of the vehicle and after 1.5 hours the driver was removed. The driver remained conscious during the extrication but was given pain medication to tolerate the pain. She was transported to the Elliot Hospital Trauma Center with serious but what appears to be non-life-threatening injuries.I

Sources at the scene say that it appears the tractor-trailer was backing across Campbell Street to make a delivery of a pallet of stone to a house.

With an Engineers degree in Advanced Database Management and Information Security, Sandesh brings the deep understanding of the digital world to the table. His articles reflect the challenges and the complexities that come along with every disruption in the industry. He carries over six years of experience on working with websites and ensuring that the right article reaches the right reader.