Navistar buys by Volkswagen truck unit with a $3.6B deal 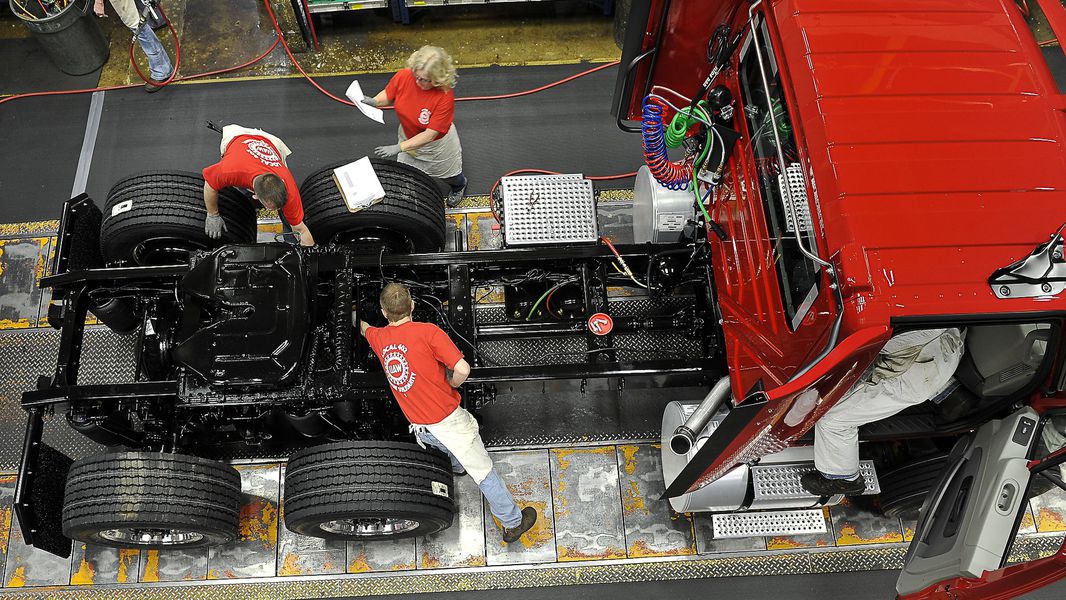 A subsidiary of Volkswagen has put a deadline on its final offer to acquire Navistar International.

The deadline gives Navistar until Friday to accept or decline a proposal that would purchase the truck manufacturer’s remaining shares for $43 per share in cash.

A letter from Traton SE, which is the heavy-truck division for Volkswagen AG, was sent to the leadership of Navistar on Wednesday, notifying them of the deadline.

On the same day, the price of Navistar’s shares saw a dramatic decrease on the New York Stock Exchange. The price dropped by about 19% and closed at $36 per share Wednesday.

“As we have indicated in out discussions, our findings in due diligence lead us to believe that our price of $43 per share fully values the company,” a letter from Traton’s leadership to Navistar’s Board of Directors stated.

If accepted, the deal would be $3.6 billion in total, as that is the estimated cost for Traton to purchase the remaining shares of Navistar stock that it does not already own. The letter stated that the current offer will expire at 6 p.m., Central European Time, on Friday.

“Therefore, we hereby confirm that $43 per share in cash represents our best and final offer,” the letter added. It also sated that the offer would expire after Friday unless Navistar notified Traton in writing of its willingness to proceed “with discussions with a view to entering the transaction at that price.”

Navistar’s largest shareholders as of Wednesday included businessman Carl Icahn with a 16.8% stake, Volkswagen with a 16.7% share and MHR Fund Management, according to Bloomberg News. Bloomberg did not say how many shares MHR owns.

Navistar employs more than 1,000 people in Clark County and has a manufacturing facility in Springfield, which builds medium-duty trucks as well as cutaway vans for General Motors.

The manufacturer reported in September that it saw a net loss of $37 million during its third quarter for the 2020 fiscal year. The quarter covered a three month period that ended in July. The net loss seen at that time was partially driven by the coronavirus pandemic, which caused a disruption in the supply chain.

Representatives of Navistar said in a news release in September that their company’s board of directors as well as management team were committed “to exploring all avenues to maximize value.” That release came at a time when Traton had upped its original offer to buy the remaining shares of the company.

September 24, 2020 View
What insights we have about Tesla’s Cybertruck?